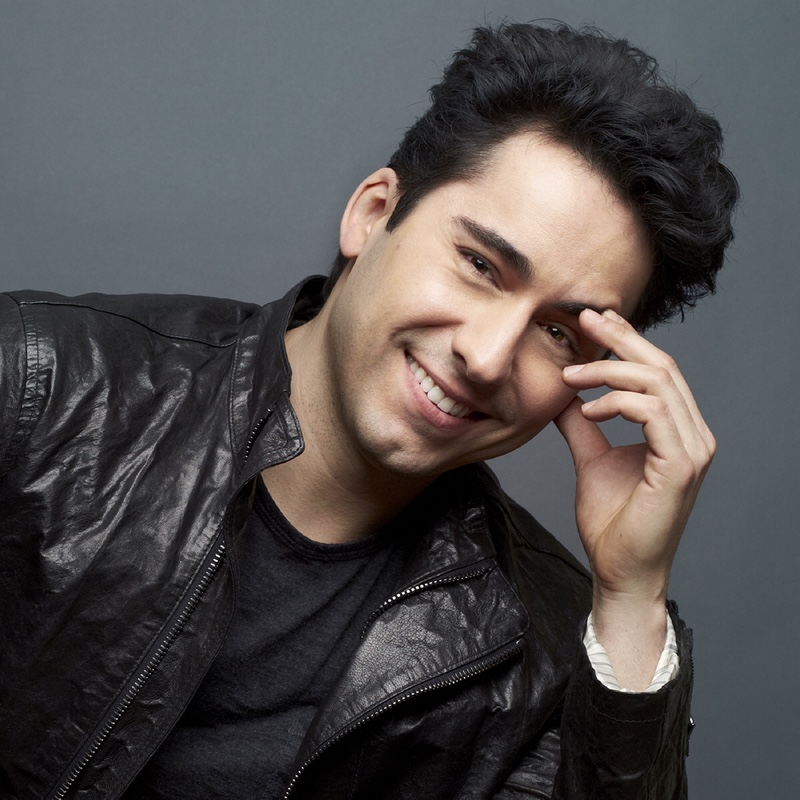 John Lloyd Young is the Tony and Grammy award-winning ‘Frankie Valli’ from Broadway’s Jersey Boys as well as the star of the Clint Eastwood directed Warner Bros film. John Lloyd Young: Jukebox Hero is a celebration of classic hits from the ‘50s and ‘60s presented in the authentic acoustic style of original rock ‘n’ roll, Doo-Wop and R&B standards. Along with tracks from Young’s critically acclaimed debut album “My Turn” the show features “Sherry”, “Can’t Take My Eyes Off of You”, “Hold Me, Thrill Me, Kiss Me”, “In the Still of the Night” along with treasures in shades of Goodfellas, James Bond, David Lynch and spaghetti westerns from Roy Orbison to The Platters, the Righteous Brothers to Paul McCartney, Adele to Luther Vandross, Little Anthony, Elvis, Tom Jones and more. This evening is not to be missed!

The New York Times writes that Young “has a disciplined one-in-a-million high tenor shading into falsetto that he can direct through the stratosphere.” Mr. Young has played to sold-out crowds of 17,000-plus as ‘Marius’ in Les Miserables at the Hollywood Bowl, and he has appeared at Carnegie Hall, the White House, the John F. Kennedy Center for the Performing Arts, the U.S. Congress, Lincoln Center, New Year’s Eve in Times Square, the Macy’s Thanksgiving Day Parade, Radio City Music Hall, the New York City Marathon, Feinstein’s in New York and San Francisco, New York’s Cafe Carlyle, Yankee Stadium, Dodgers Stadium and the Staples Center, and with the National Symphony Orchestra, conducted by Marvin Hamlisch, and the Pasadena Pops, conducted by Michael Feinstein.  He is a Member of the Artists Committee for the annual Kennedy Center Honors and a former presidentially-appointed Member of Barack Obama’s President’s Committee on the Arts and Humanities.

Tommy has served as John Lloyd Young’s Musical Director and Producer since 2012. Together they have thrilled audiences at The White House, The Kennedy Center, The Cafe Carlyle, Michael Feinstein’s, and multiple USO show’s for US military troops across the country. Tommy produced John Lloyd Young’s album “My Turn”, and they are currently collaborating on original material for live performance and future recordings.