You are here: Home / Special Event / SHADES OF BUBLÉ 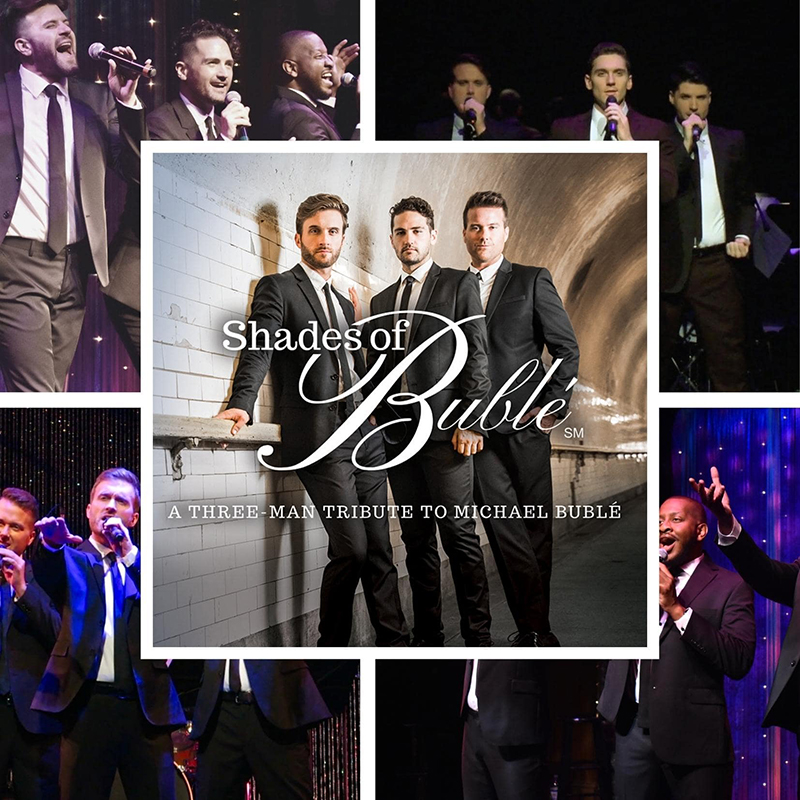 SHADES OF BUBLÉ: A Three-Man Tribute to Michael Bublé celebrates the continuing career of multiple Grammy Award-winning recording artist Michael Bublé by performing his incredible catalog of music while adding the sensational three-part harmony sound made popular by those famous “guy-groups” from the 1950s and 60s. Since debuting at a sold-out concert in April 2015, this trio has entertained tens of thousands at theatrical concerts across the USA, gala events, and headline performances onboard luxury cruise ships.

Delivering a set list comprised only of songs recorded or performed live by Michael Bublé, this world-class act honors – but doesn’t imitate – the sophistication, retro style, and high-energy fun that Bublé himself brings to his concerts while engaging new fans with thrilling new vocal arrangements. Songs from the show, including big-band standards (“Come Fly With Me,” “You’re Nobody till Somebody Loves You,” “All of Me”), classic hits from the 50s to the 80s (“Be My Baby,” “Heartache Tonight,” “Twist and Shout,” “Crazy Little Thing Called Love”), as well as Billboard chart-toppers from today (“Home,” “Everything,” “Haven’t Met You Yet”) come together in one amazing concert that celebrates so many memorable eras of popular music.

“This was the ‘perfect’ group. It was a stellar performance… ‘over the top!’ I would highly recommend them and plan to send an email blast to all presenter friends encouraging them to contract SHADES OF BUBLÉ. Members of the audience indicated that they could have sat another 2 hours listening. It is a certainty that I will have them for a return engagement!”

“SHADES OF AMAZING! What talent! What outstanding vocal harmonies and genuine wit and humor. The band was phenomenal, the guys were delightful! The show featured a diverse song list that kept the audience engaged and singing along. They graciously received their audience after the show… taking pictures in the lobby and treating each patron with genuine interest. The audience was blown away! So many said they thought it would be good but couldn’t have imagined it would be this good. Keep up the great work!! Three cheers for the three vocalists of SHADES OF BUBLÉ!”

“Everything was super smooth. Top professionalism. Fantastic performance… a highlight of my season!” 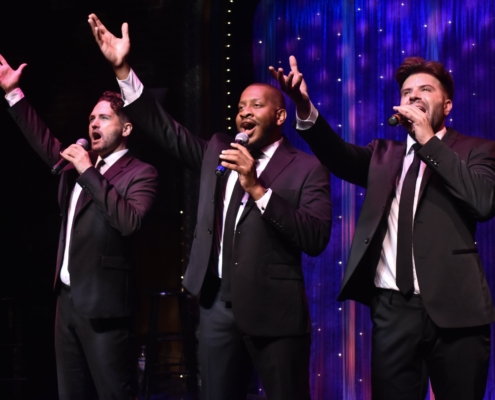 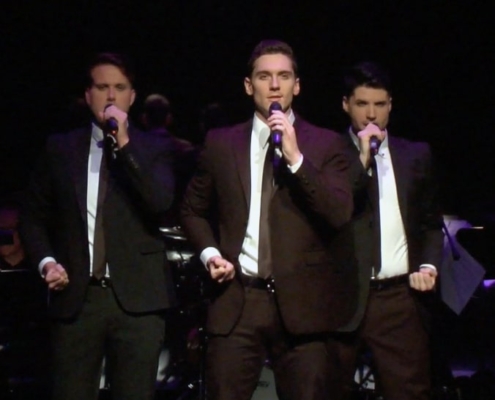 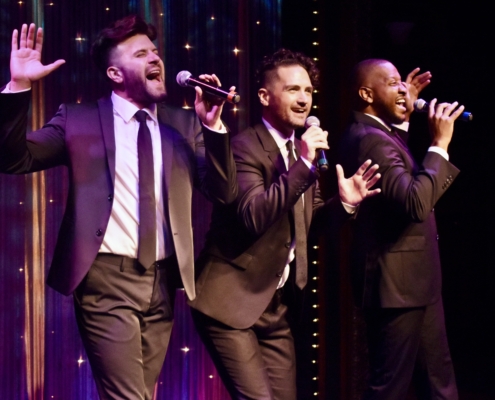 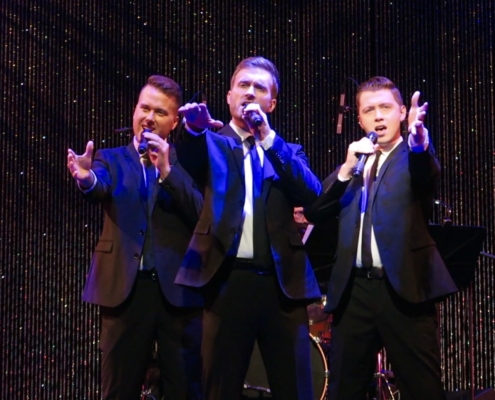