Most Wonderful Time of the Year

You are here: Home / Special Event / Most Wonderful Time of the Year 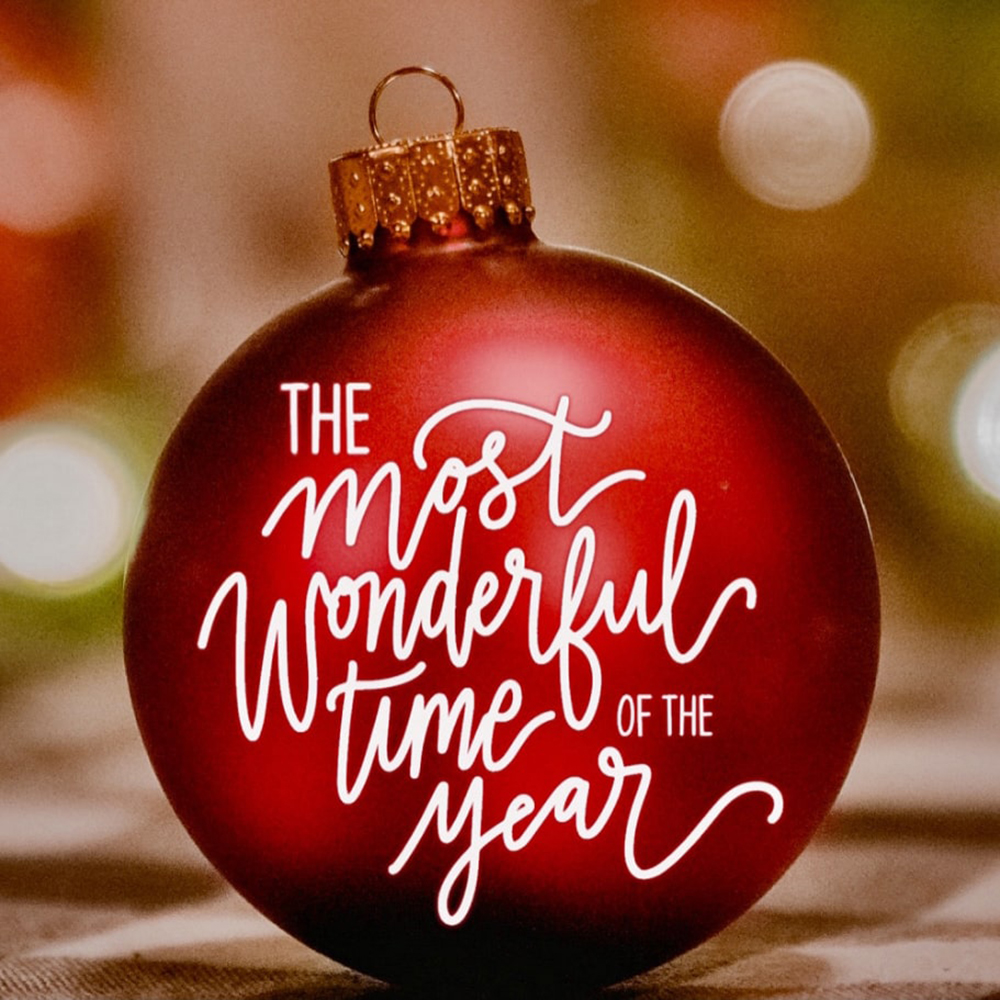 From Spot On Productions who brought you Rock n’ Radio and You’ve Got A Friend comes this Holiday hit!

Experience all the music and the magic of the season we call “the most wonderful time of the year”. From classics like “Winter Wonderland” to “O Holy Night”, radio hits like Darlene Love’s “Christmas” (Baby, Please Come Home), Elvis’s “Blue Christmas” and classic holiday songs from stage and screen like “It’s Beginning to Look a Lot Like Christmas”,”Silver Bells” and more. This concert is a merry celebration of all things holiday, guaranteed to lift your spirits and warm your heart this season! 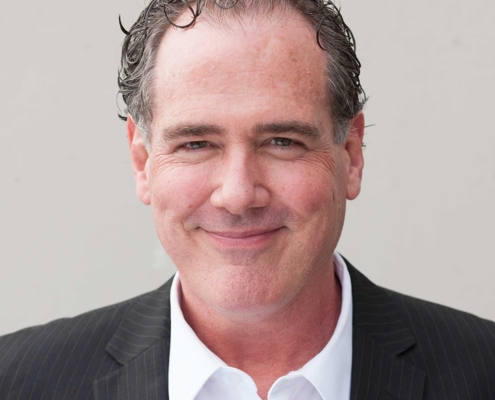 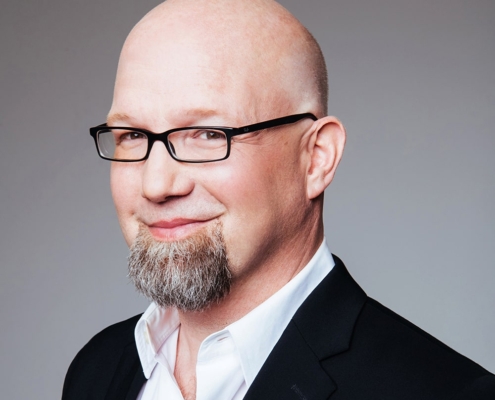 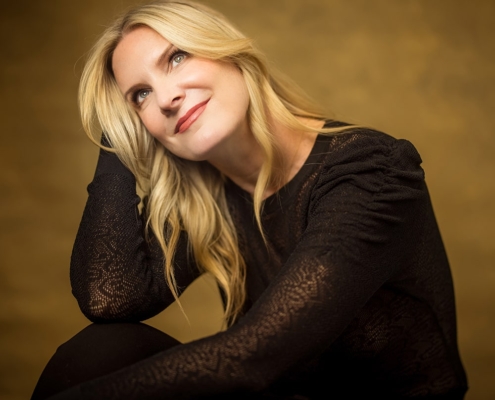 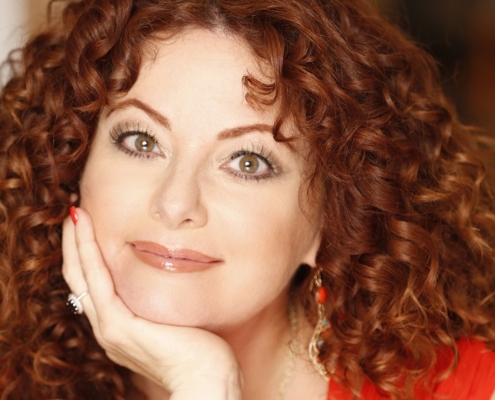 JOHN BOSWELL has served as musical director for Judy Collins, Andy Williams, Bob Newhart, Scott Coulter, Maude Maggart, Faith Prince, Carmen Cusack, Babbie Green, Jason Graae and a host of other fine talents. John played the role of “Moose” in the national tour of Crazy For You and has appeared on The Tonight Show, Today Show, CBS This Morning, Regis And Kathie Lee, General Hospital and was the piano playing hands of Nancy McKeon on the sit-com THE FACTS OF LIFE. Recent concerts with symphonies have included Jerry Herman: The Broadway Legacy Concert, BLOCKBUSTER BROADWAY!, Sheena Easton and Scott Coulter: The Spy Who Loved Me and MUSIC OF THE KNIGHTS. John has been heard singing in the shows THREE MEN AND A BABY…GRAND, CINEMA TOAST, BROADWAY TODAY, WISEGUYS and the New York cult hit CASHINO. Broadway/Off Broadway credits include Crazy For You, The Secret Garden, LIZA! Steppin’ Out At Radio City Music Hall,Back To Bacharach And David and The Kathy And Mo Show: Parallel Lives. His monthly concerts in 2017 at The Gardenia in Los Angeles have been crowd pleasers. John has eight CDs of original piano music and a ninth on the way. While a student at UCLA, John received the Frank Sinatra Award for popular instrumentalists.

SCOTT COULTER is one of New York’s most honored vocalists. For his work in cabaret, he has received five MAC Awards (Manhattan Association of Cabarets & Clubs), five Bistro Awards and two Nightlife Awards for Outstanding Vocalist and has performed at most of NYC’s top rooms including Birdland, 54 Below, The Oak Room at the Algonquin, and Feinstein’s at The Regency where he spent a record-setting eight months performing the revue 11 O’CLOCK NUMBERS AT 11 O’CLOCK which he also co-created, directed and musically arranged. His self-titled debut CD won the 2003 MAC Award for Outstanding Recording and was chosen as the best recording of the year by TheatreMania and Cabaret Scenes magazines. Scott was director and star of A CHRISTMAS CAROL: THE SYMPHONIC CONCERT in its world premiere with the Baltimore Symphony and reprised his performance in the Emmy-nominated PBS production which premiered in December 2013. He was an Emmy nominee himself for his performance in American Song at NJPAC. Scott regularly performs in concert both as a solo artist and with a variety of legendary performers including Stephen Schwartz, Tony-winner Ben Vereen and Grammy-winner Sheena Easton and has performed with symphonies all over the world including San Francisco, Baltimore, Seattle, Phoenix, Detroit, Winnipeg, St. Louis and Calgary.

Since 1997, Scott has performed with award-winning songwriting duo Marcy Heisler and Zina Goldrich in their many award-winning revues and originated the role of ‘Scott Kunkle’ in the duo’s beloved DEAR EDWINA. While singing with Goldrich and Heisler he was discovered by Oscar and Grammy winning composer Stephen Schwartz who then invited him to join the revue STEPHEN SCHWARTZ & FRIENDS. That revue (starring Schwartz and Coulteralong with Liz Callaway and Tony Award-winner Debbie Gravitte) has been performing all over the world since 1999. Schwartz has said, “One of the greatest things that can happen to a composer is to have his music interpreted by Scott Coulter.”

Scott is creator, arranger and director of several touring shows (symphonic and non-) including MUSIC OF THE KNIGHTS, THE WONDERFUL MUSIC OF OZ, BLOCKBUSTER BROADWAY!, and, for The ASCAP Foundation, JERRY HERMAN: THE BROADWAY LEGACY CONCERT. As a director his credits include many shows for The Town Hall in NYC and BROADWAY BY THE WAY for The Berkshire Theatre Festival and Broadway by the Bay. Along with Michael Kerker and ASCAP, he’s a regular producer/director of Michael Feinstein’s STANDARD TIME at Carnegie Hall. Scott recently wrote the book for the new musical GOT TO BE THERE which celebrates the life and music of songwriter Elliot Willensky.

Scott is founder/owner of Spot-On Entertainment and Spot-On Arts Academy and is a resident director of programming at 54 Below (Broadway’s Supper Club) in NYC. He is the artistic director of the Pocono Mountains Music Festival and founder of the Pocono Pops! Scott is a proud graduate of the Cincinnati College-Conservatory of Music which honored him with the CCM Young Alumni Award in 2010 and CCM’s Distinguished Service Award in 2020.

JESSICA HENDY is widely recognized as one of Broadway’s best belters. She played the role of Grizabella in CATS in both the original Broadway run and the 2016 revival cast, becoming the only person in history to have appeared in both Broadway incarnations of that smash hit musical. Other Broadway credits include AIDA (Amneris), and AMOUR. She has toured Nationally and in Canada in CATS (Grizabella) and Joseph and the Amazing Technicolor Dreamcoat (Narrator). Her one-woman musical “Walking With Bubbles” recently had a pre-Broadway workshop. In New York, she received rave reviews for her one woman cabaret, “A Life To Call Your Own,” and a Bistro Award for the revue “Get Your Tickets Now.” NYC Pre-Broadway workshops include DANCE OF THE VAMPIRES, AIDA, and THE MOLLY MAGUIRES. She played Diana Goodman in the regional premier of the Pulitzer Prize winning musical NEXT TO NORMAL, at The Ensemble Theatre of Cincinnati. She has had the pleasure to work at many theatres around the country including Pittsburgh CLO and North Shore Music Theatre in MISS SAIGON (Ellen), and Helen Hayes Perf Arts Center in SONGS FOR A NEW WORLD with Jason Robert Brown. Ms. Hendy’s performance as ‘Jeanne’ in THE GREAT AMERICA TRAILER PARK MUSICAL at The Ensemble Theatre of Cincinnati earned her an ACCLAIM Award for Best Actress. She regularly appears with symphonic orchestras around the world in a variety of concerts including “Music of the Knights,””Rock ‘N Radio” and “Blockbuster Broadway!” Ms. Hendy is a proud graduate of the University of Cincinnati College-Conservatory of Music.

KELLI RABKE got her “big break” playing the role of Dorothy in Paper Mill Playhouse’s acclaimed production of The Wizard Of Oz. Shortly thereafter, she was handpicked by Andrew Lloyd Webber to play the lead role of the Narrator in the Broadway revival of Joseph And The Amazing Technicolor Dreamcoat (US Cast Recording). Following that, she played her dream role: Eponine in Les Miserables on Broadway. She went on to perform in regional theaters across the country in such roles as Mabel in Mack And Mabel, Christine in Phantom, and back to Paper Mill Playhouse in Stephen Schwartz’s Children Of Eden as Yonah (American Premiere Recording). She is one of only two Broadway stars in history to originate a role in both a Stephen Schwartz and an Andrew Lloyd Webber musical — a distinction for which she is incredibly honored. She has been seen and heard in tons of TV commercials and voice-overs, and was the voice of several animated characters, including Kat in the Discovery Kids series Kenny The Shark. She also played the recurring role of Bernadette on The Young And The Restless.

After leaving the bright lights of the stage to start a family, Kelli is now a staple in the NYC cabaret world. Her first solo cabaret show debuted to a sold out crowd at Feinstein’s/54 Below and since then, she’s been featured in shows ranging from Sondheim to Streisand to Bernstein. She now performs regularly with symphony orchestras stretching from Calgary to Mazatlan and all across the country in Blockbuster Broadway!, Music of the Knights, and The Wonderful Music of Oz. Recent performing highlights include debuting an original song written by David Friedman and Kathie Lee Gifford on the Today Show, and recording the PBS American Songbook segment Stephen Schwartz and Friends, featuring the composer himself at the piano and Kelli singing one of his signature songs from Wicked, “The Wizard and I”.

She is most proud of her biggest “productions” to date: her son, Joseph, and daughter, Abigale!